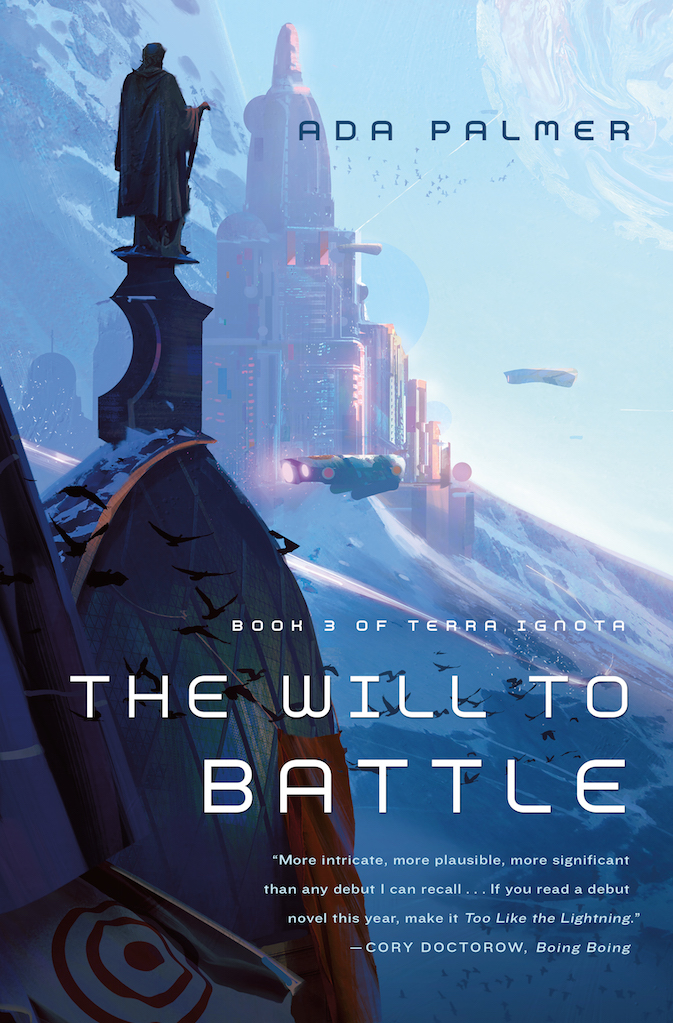 The Will to Battle

“For Warre, consisteth not in Battell onely, or the act of fighting; but in a tract of time, wherein the Will to contend by Battell is sufficiently known…”

The world of Terra Ignota has been upended.  War is inevitable.  But after three centuries of peace, how does a war begin?  With every world ruler friends with every other, how do the nations pick sides?  How can war begin when every nation already has surrendered?  Genius convict Mycroft Canner has completed the history started in Too Like the Lightning and concluded in Seven Surrenders.  Now comes Mycroft’s chronicle of the guideless search for an order to the conflict as the world slouches toward war, while a living myth contends with a celebrity assassin, a corrupt priestess and a captive god to shape the conflict and the world to come.

“Palmer’s prose is as wonderful as ever… This series is one the best things that has happened to science fiction in the 21st Century and I can’t hardly wait to see where Ada Palmer is going to take us with Perhaps the Stars.”

“Any reader who has ever thrilled to the intricate machinations of the Dune books, or the Instrumentality tales of Cordwainer Smith, or the sensual, tactile, lived-in futures of Delany or M. John Harrison, or even to the The Golden Oecumene series by John C. Wright… will enjoy the mental and emotional workout offered by Palmer’s challenging Terra Ignota cycle, whose fourth book will surely cap the edifice resoundingly.”